It’s generally known that positive reinforcement is more effective than punishment, for changing behaviour. My favourite anecdote for illustrating this comes from Team Dog, a book by Navy SEAL and K9 trainer Mike Ritland. I learned about his book on Jocko Podcast #113.

In this passage, Mike talks about how he gets two humans to role-play being a “dog” and handler. He illustrates why painful punishments like e-collars do not work. Emphasis mine:

I then take the handler out of the room and say to him, for example, “I want you to train that dog to take the little green army man and then place a rubber band around its head and then take the four dice and place them in a square around the rubber-banded army man. You can’t communicate at all with that dog verbally."

I give the handler the remote for the e-collar and he returns to the room. They both sit there. As soon as the “dog” touches one of the items, unless it’s the army man or one of the involved objects, he gets a mild shock. Very soon, the “dog” will stop touching anything on the table. Later, we remove the collar and use the clicker/reward. I assign another task to be completed with a few of the items. The “dog” gets a click and then a gummy bear or some other kind of treat when he touches the correct item. In some cases, I don’t use the food reward at all — the absence of the shock is enough of a reward.

Not one person has ever completed this task correctly when shock is involved. Almost every time with the click/reward, the “dog” completes it within five to ten minutes. That’s how effective clicker training is. It has been used with all kinds of animals and even humans and really speeds learning. More than that, it is fun. When I do this demonstration and shock is in play, the subjects both sit there looking downcast with their shoulders slumped and nervous expressions on their faces. In contrast, when it’s clicker time, the handlers are laughing and enjoying themselves, moving to touch as many objects as quickly as possible to solve the puzzle and earn the reward.

Which is why I still find it absolutely baffling when someone thinks that shame will be an effective way to change the behaviour of full-grown adults, and puts an incredible amount of energy into delivering said shame. An example:

The Financial Times: “I saw that, and I’m telling mom”

Content theft is a problem, but there are 100% legitimate reasons to copy a piece of content - mostly when you want to reference it in another article, like I did above. When done with proper credit this is generally a good thing, as it introduces your work to a new audience who might not have found it otherwise. Twitter understands the positive amplification that can come out of this: they’ve codified this into the retweet button!

A friend of mine was putting together a newsletter on the state of the consumer banking system when he encountered the following after pulling a quote from this FT article. He was going to provide a link back to the original article. He also knows that people don’t read full essays and just want to get to the relevant part: 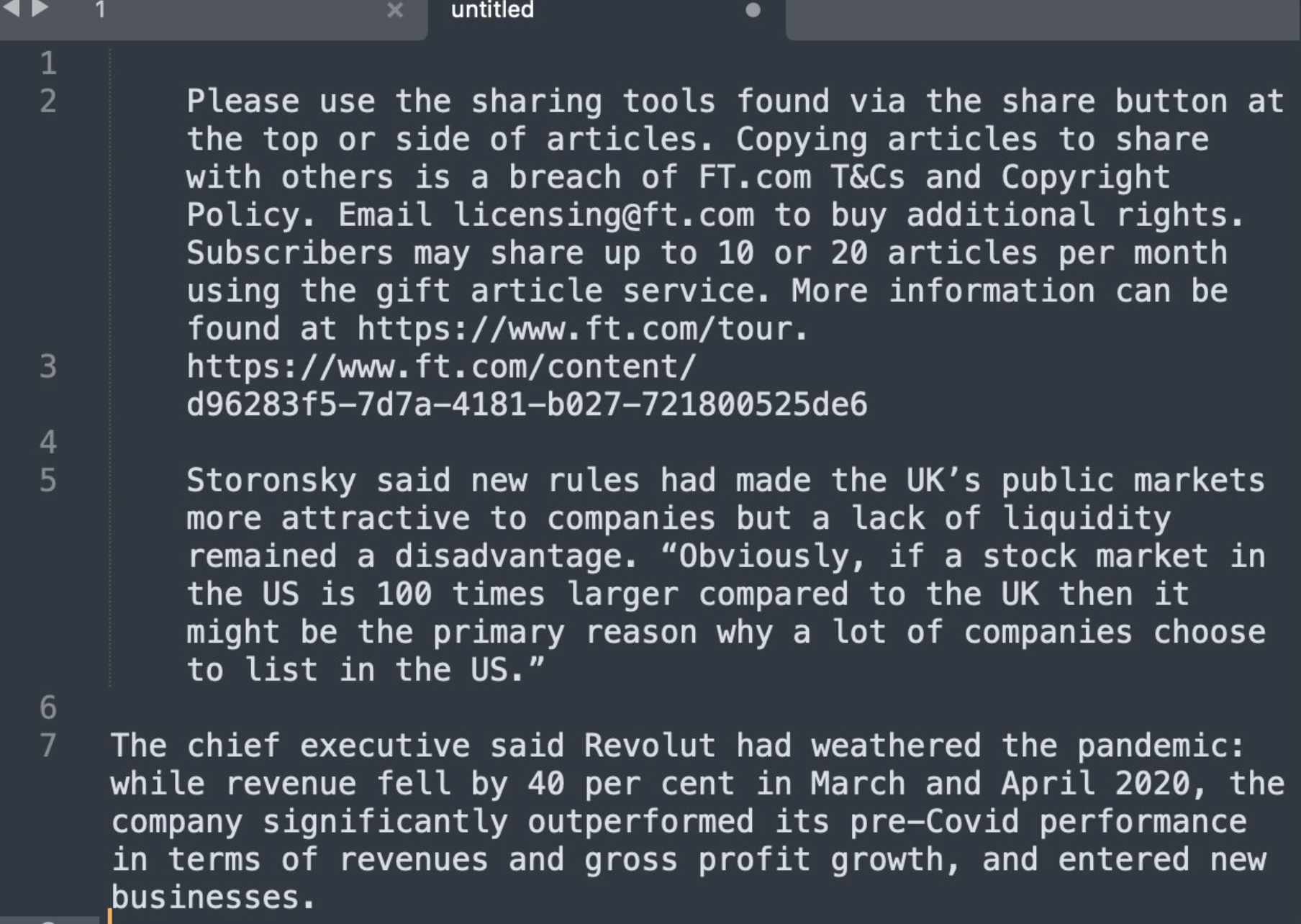 He was so intrigued by this that he sent me a screenshot and asked me how this was possible.

…they’re also silently sending information about you to a tracking API named after…animal scat? A flattering way to describe your audience:

It also only happens when you select more than 90 words. Think about this! Some poor engineer out there, instead of building valuable software, had to put deliberate thought and effort into building what is effectively the digital equivalent of a stern schoolmarm slapping you on the wrist.

I’ll admit that after being hit one too many times by a paywall on the New York Times or the Wall Street Journal, I will relent, pay $3 to read one article, and forget about my subscription for a few months. Fine. Good journalism is hard work, and writers deserve to get paid.

But values like this do sometimes make me think that maybe big, centralized newspapers deserve to go the way of the telegram, and be replaced by individual content producers on independent blogs or platforms like Substack.

Now imagine if they were to put half as much engineering creativity into, say, developing creative ways of content sharing that reflect how people consume information. Heck, someone might even want to pay for it.